Stream Live, Follow Your Favorites, and Find Every Live GameFinding where to watch, stream, or listen to live sports is simplified with Bleacher Report Live. We pull together all of the places where you can watch and listen to your favorite sports. You tell us the teams and leagues you love, and we’ll tell you where to find them live.Use Bleacher Report Live to:STREAM LIVE GAMESStream live sporting events like UEFA Champions and Europa Leagues, The Dan Patrick Show, The Rich Eisen Show, NBA League Pass, National Lacrosse League, ONE Championship, NCAA, PGA, World Armwrestling League, ELEAGUE, International Field Hockey, a number of international club soccer leagues and much more. All live events, with the exception of NBA League Pass games, are also available as replays.BUY HERE, WATCH EVERYWHERENow you can use in-app purchases to buy pay-per-view games or monthly and annual passes for your favorite sports. Stream the games you buy through BR Live on your iPhone or Apple TV, as well as on the web (br.live), and other supported smartphones and connected devices.FOLLOW YOUR FAVORITESFind and follow your favorite teams from leagues around the world, so you never miss a game.FIND OTHER WAYS TO CATCH THE GAMEIf we don't carry the game, we'll let you know how to tune in. Enter your location and tv provider (if you’ve got one) and we’ll show you the local channels, apps, websites, and radio listings where games are airing, as well as local sports bars where fans are known to gather.SHAREYou can share with friends, so you can watch with your fellow fans.WHAT'S STREAMING?* UEFA Champions and Europa Leagues* The Dan Patrick Show* The Rich Eisen Show* NBA League Pass* National Lacrosse League* ONE Championship* International Soccer* International Field Hockey* A variety of NCAA Sports* World Armwrestling League* ELEAGUE* ITTF (International Table Tennis)WE'LL HELP YOU FIND WHERE TO WATCH THESE LEAGUES:* NFL* MLB* PGA TOUR* NHL* NASCAR* College Basketball & Football (Men's D1 Basketball, FCS & FBS)* Soccer - MLS, EPL, La Liga, UEFA Champions League and other European and North American Leagues, Cups and Tournaments* Much more 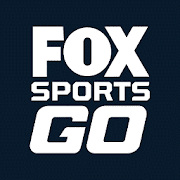 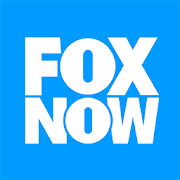 No available reviews for this app.

You can use this application to get all MovieBox features fro your... 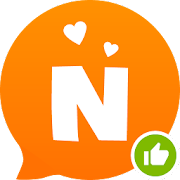 The Neenbo chat, dating and meeting is an application that will...